Got something to say?

Submit your thoughts, opinions, rants, raves and reflections to kerrsustainabilitycentre@gmail.com and they will be uploaded.

The short film below, won 1st place in the CSU Green run Eco-Literacy Film Festival. The film was entered under the category of 'Food and Produce' and explores a range of different concepts that the Kerr Sustainability Centre addresses.

Hummingbird - There is something we can do 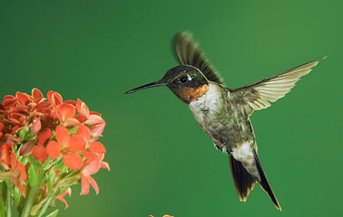 Well I’d like to tell you all a story about a hummingbird, because quite often, we feel overwhelmed. I first heard this story at the Regrowth festival in Braidwood. A DJ called Daheen had combined the inspirational lyrics with funky electronic beats. Here is how the story goes:

Except this little hummingbird.

In the meantime, all these animals are discouraging it because it is too little. But the hummingbird just kept doing what it knew best, without wasting any time when they said ‘What do you think you are doing?’

And the hummingbird said ‘I’m doing the best I can’.

And for me, and I hope you, that is all we can do. Whoever we are, where ever we are, there is something in our lives we can do. No matter how small it is. Collectively, we can make a difference. So I want to ask you, what can you do? BE A HUMMINGBIRD.

Students of Sustainability Conference 2012 - In Review

Students of Sustainability (SoS) is a 5 day camping conference for anyone interested in creating a more ecologically and socially sustainable world. This year the conference was held on Dja Dja Wurrung Country at La Trobe University’s Bendigo campus. The conference was attended by a group of approximately 20 CSU students who spent the week going to workshops, forums and skill-sharing. Sound fun? It was. On top of educational, practical and participatory forums the conference allowed plenty of time for drinking chai with new friends.

Each morning participants at the conference would rise bleerie eyed from a frosty night’s sleep and be warmed by the delicious and nutritious vegan menu that the event organisers prepared. From there people had the opportunity to engage in a plenary of which the topic changed daily. From there, the day was ours to enjoy and experience. Some of the major themes of the workshops included Indigenous Australians Struggle for Sovereignty, Coal Mining in Queensland and Nuclear Power. Other workshops at the conference included Body Positivity, Juggling Jam and Permaculture. There were many more, but too many to
list here.

2012 is a particularly special year for the SoS conference – it is its 21st birthday. Hip hip Hooray and the party entertainment was one not to miss. In the evenings the conference took a turn to the festival type; hosting an open mic night, music, and vegan beer and magic tea.

Overall, the conference brought together diverse groups of people to share inspiring and thought-provoking experiences, which encourage positive discussion and action to create social and environmental change in our local communities.